Australia’s fast bowler Pat Cummins is the most expensive seller in the 2020 IPL, bought by the team of Kolkata Knight Riders for 15.5 crores.

The most expensive player in the 2019 IPL was Varun Chakraborty, who was bought by King XI Punjab for 8.4 crores.

Jaydev Unadkat was also bought for 8.4 crores in 2019 IPL, this player was bought by Rajasthan Royals.

Ben Stokes was bought by Rajasthan Royals for 12.5 crores in 2018 IPL 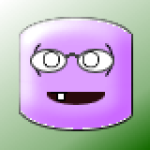